skip to main | skip to sidebar

It's been that kind of day

I kept trying to write the word "viral" today.  But instead I wrote "vile."  And then I wrote "virile."

I love it when things go all virile.  Don't you?

The other day I was thinking about a few of the books that have meant the most to me and le voila!  The idea for a column magically appeared.

I would also love to read lists of books that have mattered to you.
Posted by Ann at 12:53 PM 6 comments:

To avoid the writing I'm supposed to do today.  Gah!  I hate it when I'm like this.  I blocked out the morning to work on a Trib books piece due Wednesday and instead I have done the following--

1.  did laps at the pool
2.  mopped the kitchen floor
3.  vacuumed the entire downstairs
4.  drank several Dr. Peppers
5.  ate half an apricot
6.  called my mother-in-law
7.  made multiple trips to the recycling bin
8.  called Vikki and made an appointment to have my hair trimmed
9.  ate a piece of watermelon well past its prime
10. called TRQ

TIME TO STOP THIS PROCRASTINATION MADNESS!

I'm getting to work now, people.  I promise.

And this just in!

My interview with Tiffany Beveridge who has just published a wicked parody of living life with a precocious (albeit imaginary) child.
Posted by Ann at 6:38 PM 1 comment:

What baseball can teach you about life

Yeah.  That's what I wrote about in this week's column, which I forgot to post earlier in the week.  Meanwhile!  Friday!  Celebrate!

It's been quiet here.

Kathy and I strolled down to South Temple early to watch the runners.  Afterwards I went home and made potato salad for lunch at noon, which also turned out to be a quiet affair.  Then I took Al and his family to the pool which we had to ourselves, so yeah.  Things were kind of quiet there, too.

When did quiet become the new noisy at our house?

All the Light We Cannot See

This is the gorgeous title of a gorgeous new book by Anthony Doerr.  I finished reading it on my way home from Houston and I felt transformed by the experience.

When you love a book as much as I loved that one, it's hard not to put on a white shirt, a tie, a pair of shiny Swedish knit pants from Mr. Mac's, and a nametag in order to proselytize the reading public so that they, too, can partake in the rapture.  (Right.  I'm mixing religious metaphors here.)  This, of course, can be a dangerous thing because maybe I just read this book at exactly, exactly the right time so that it spoke to me on a cellular level, which would make me a problematic judge.  Is the book as stunning as I think it is?

I don't know.  But I lived a life apart every time I opened it.  I could taste it.  It's been a long time since I've felt this way about a novel.

Incidentally (and not that it matters), four of my all-time favorite books are set against the backdrop of WWII--

The dogs of Liberty Park

I always think it's interesting to see what kinds of humans own which kinds of dogs, because you know!  It's always so much fun to generalize!

Anyway.  Running every morning in Liberty Park gives me a chance to draw some loose conclusions on this front and here's what I've observed.

Pitbulls are often owned by young females in their twenties or early thirties.  Tattoos are frequently involved, although not always.

Toy breeds are often owned by large men of color.

Golden retrievers and worthy rescue dogs are often owned by gray-haired couples who listen to NPR.

Feel free to add observations of your own.
Posted by Ann at 7:24 AM 4 comments:

Yeah, so I've mentioned before that I hate photos of myself.  And I hate that sometimes I have to send people photos of myself.  Like today.  I had a gentle reminder from someone that they're waiting for me to send a bio and a photo for a talk I have to do this January.  So OF COURSE I can't find any j-peg deals on my computer, so I run outside and start taking disastrous selfies.  Which you can see for yourself.
Here.

Kids, are you aware of any blogs that accept and publish material from writers (like all of us)?  Any responses will be much appreciated. 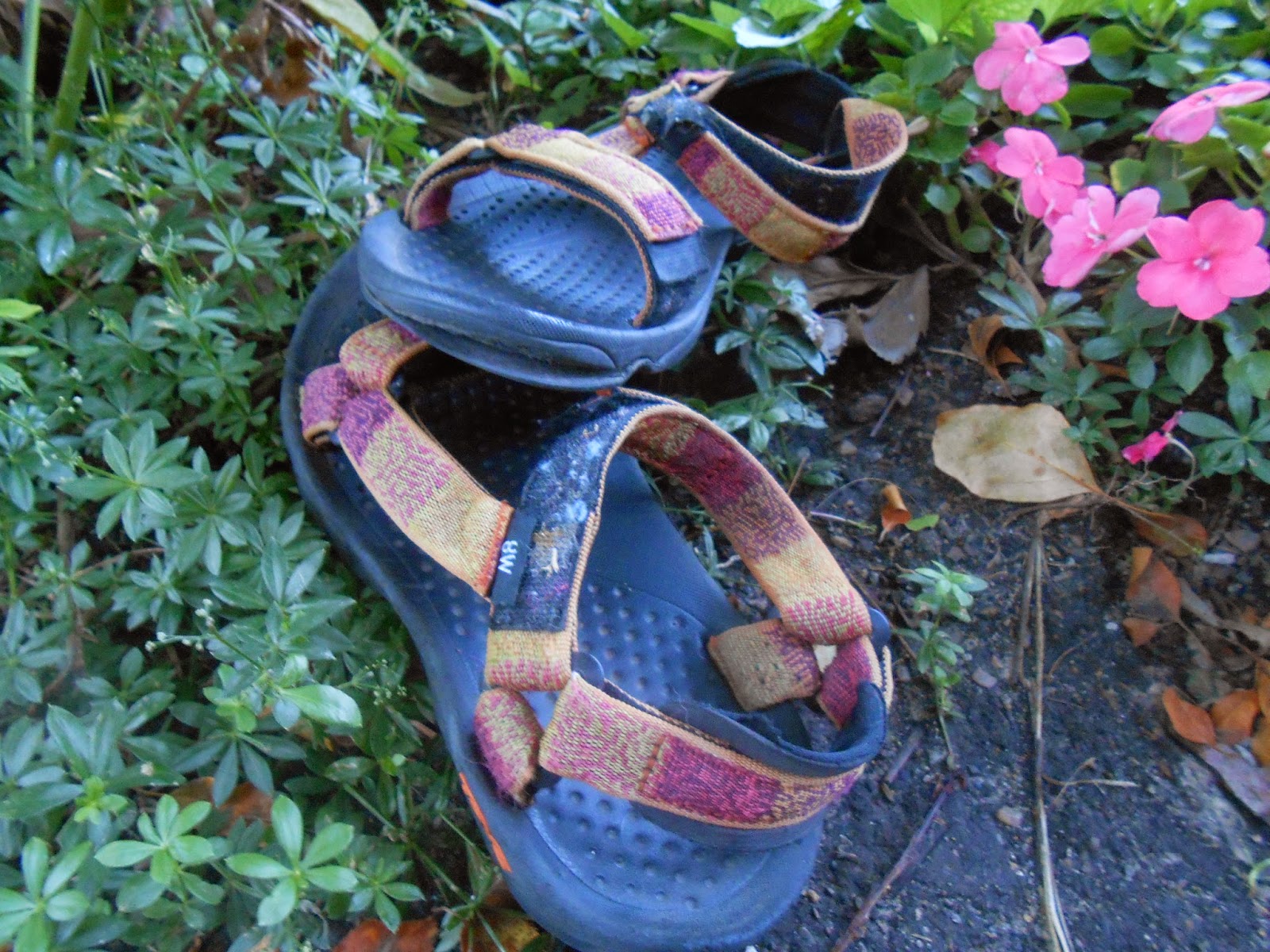 And here's the visual to go along with today's column!
Posted by Ann at 5:44 PM 1 comment:

Chris Crowe decided to cooperate FOR A CHANGE and gave me this lovely interview on BYU's upcoming symposium.  It's a good one, people!
Posted by Ann at 9:49 AM 1 comment:

Through a glass, darkly

If I had to choose which sentences is the most beautiful of all the sentences in the English language I would choose this one:  "For now we see through a glass, darkly;  but then face to face:  now I know in part;  but then shall I know even as also I am known."

The arrangement and rhythm of the words themselves move me.  But the beauty for me happens on another level as well.

Lately I've been struggling (again) with the idea of suffering, specifically with the suffering that mental illness causes to the afflicted person and to that person's family.  I have so many moments where I just look at what mental illness does--the waste it engenders, the sadness, the helplessness, the hopelessness when things are going badly--and I just want to say Oh really, God?  What's the point of this one?  Will someone Holy please explain it to me?  Is that even a possibility?  Because guess what.  I. Just. Do. Not. Get. It.  At all.

But sometimes grace descends in the form of words, and I hear them call to me.

On this side of the glass.

And by "shot in the arm" I mean a literal shot.  Not a bit of cheering up.

Anyway.  A few months ago I finally dragged this self to the doctor's office to see why I'm so TIRED all the time and my doctor said I needed some Vitamin B12 injections for awhile, which I am now getting.  Last week when I went in, this very nice young man showed me into the office and announced he would be giving me my shot.  And then he announced this was his first day on the job.  And then he announced he just graduated from high school.

So.  Did you know America is a country where 18 year-olds give shots in doctor's offices?

Well, he was cute.  And he gave me the shot which (I'll be honest) felt like a shot an 18 year-old boy who just graduated from high school would give you.  Then he put a bandaid (no princess bandaids!  SAD FACE!) over the shot hole and a few days later when I remembered to take it off, my upper arm region was all bruise-y, which I didn't mind, frankly, because you know.  Badass.

But I'll admit when I saw the same kid this morning I kinda started dreading the upcoming experience.  And this time while giving me the shot he told me about his recent senior trip.  (The lake was cold!   But he and his friends had an awesome time!)

You'll be pleased to know he didn't tell me this was only his second week on the job.  Dude's gone all shot pro.
Posted by Ann at 11:55 AM 3 comments:

So I've spent a lot of my life not liking my body.  I suspect I'm no different than most women this way, not counting Kim Kardashian who CANNOT stop taking selfies and putting them out there for all of us to see WAY MORE of that body than we ever wanted to see.

But that's not the point.

The point is that I've always felt like I was too something-or-other.  Mostly too stumpy, I guess.  I don't want to engage in too much Public Therapy here, but the fact that TRQ was always a tall drink of water didn't help.

Anyway.  Yesterday I washed sheets and put them outside to dry because I love doing that in the summer.  And when I gathered them up last night, I hugged them to my chest and buried my nose in them and just drowned myself in the smell of sun and air and leaf and then I hugged the sheets some more because I loved them so much.  And suddenly I loved this old body that could smell the scent of outside-ness on clean cotton.

Thank you, Body!  I'm sorry for all the years I've called you names.  Although, frankly, I'll probably call you those names again when the mood hits.
Posted by Ann at 4:47 PM 3 comments: